The segment of mid-size pickup trucks is live again. The demand for these vehicles is bigger than ever, so models like Tacoma and Colorado aren’t the only models in the segment. The Ranger came back after years of hiatus, while there is also a brand-new Jeep Gladiator. Finally, the ancient Nissan Frontier is also about to get a redesign in the near future. Therefore, the 2021 Dodge Dakota sounds like a natural thing.

Despite that FCA has recently introduced the new Gladiator, we can’t look at this model as a typical mid-size truck, something that can compete with models like Ranger or Colorado. Simply, there is a huge price gap between these models, as the base Gladiator starts at around 35.000 dollars. The new Dodge Dakota 2021, on the other side, would be a typical work machine, with the cheaper interior, smaller base engine and similar features, including a single cab layout. At his point, we are still waiting for the official confirmation.

Another thing that may bother you is the name. Most likely, the new Dakota will be a part of Ram brand, though we are still waiting for some words from the officials.

In terms of base design characteristics, there is no doubt that the 2021 Ram Dakota will stick to its traditions. A typical mid-size truck layout is something we expect to see. Naturally, the new model should have a lot in common with the Gladiator. The two models will ride on the same platform and share most of the mechanics. Moreover, the new 2021 Dodge Dakota will also be built in Ohio.

On the other side, we count on the notable difference in terms of 2021 Dodge Dakota specs. One of the things that come to mind is the size. The Gladiator is a pretty large vehicle, which seems logical, considering its crew cab layout. On the other side, the Dakota is expected to come in various body styles in the offer, so we may see versions with both single and two rows of seats, different bed sizes etc. All this indicates different wheelbase lengths as well.

While the mechanics are about to be largely the same as in the Gladiator, we count on a completely new different exterior design. Naturally, the styling will be heavily inspired by the new generation of the full-size Ram 1500. In practice, this means we won’t see the famous crosshair grille design, which is something that characterized Ram/Dodge vehicles for decades.

Other than that, we count on a typical truck layout, with a lot of similarities with the full-size counterpart. Moreover, the overall shape should be pretty similar, just in a smaller package. As we already mentioned, the 2021 Dodge Dakota should come in different body styles. The offer should start with single cab models, while extended and double cab versions should be in the offer as well.

When it comes to interior design, we presume that a lot of inspiration will once again be taken from the full-size 1500 models. If that happens, the new 2021 Dodge Dakota will feature a pretty stylish cabin, full of quality materials and with a pretty stylish dashboard. Of course, this would include a large touchscreen at the center console (not as large as in the Ram 1500), as well as all other kinds of advanced tech goodies. Still, keep in mind that the new Dakota will need to have a competitive price, so most of these features will be available in higher trims only. Standard models will probably be pretty basic in this aspect.

A wide engine offer is another thing we expect to see from the 2021 Ram Dakota. While the Gladiator comes with a V6 engine only, we presume that four-cylinder versions will be available in this case as well. Most likely, we will see the same turbo-four that powers the new Wrangler, while the aforementioned V6 will be reserved for higher trims. The two engines are similar in terms of power, but the turbo-four features more torque, which in practice means a little bit better driving dynamics.

Also, we expect to see a diesel version in the offer. That should be a 3.0-liter inline-six, which delivers around 260 horsepower and 280 pound-feet of torque. Which such numbers, we expect nothing less than class-leading ratings.

The 2021 Dodge Dakota is still waiting for the official confirmation. So, all those reports that suggest a launch date for the next year should be taken with a reserve, as it’s also possible to see this truck a little bit later. On the other side, things are pretty simple when it comes to the price. This truck needs to be affordable if the company wants to successfully compete with rivals. Therefore, base models shouldn’t cost more than 25.000 dollars. 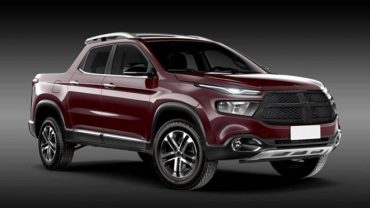