At the time Alaskan was originally launched, and that was two years ago, many of us wondered if this is just a rebadged Nissan Navara. The new model really came with a lot of things in common with the famous pickup truck. It features the same mechanics, as well as the same overall shape, though the front face has been adapted to Renault’s design language. The interior is also pretty much the same as in the Japanese truck. However, things are changing, so the 2020 Renault Alaskan is coming with a plethora of notable updates. Although the styling remains the same, there are several modifications under the skin. Some of them are in terms of the suspension setup, while others are related to the interior design and latest tech features. On the other side, the engine lineup remains untouched.

We would say yes and there are several reasons for such a claim. Although the two models are built in the same factory and that a waste majority of parts is the same, the 2020 Renault Alaskan also comes with several distinctive details. Visuall, it comes with a different front face. Also, it relies on its own engine. Finally, it uses Renault’s infotainment system.

In this aspect, the initial version was pretty much the same as the Navara. The only major difference was in terms of aesthetics, as the Alaskan cames with Renault’s familiar face. However, the overall shape was identical to Navara.

On the other side, the mechanical aspect of the truck was identical. However, things will be different starting from the 2020 Renault Alaskan. The new model comes with notable updates and a new rear suspension is among the most important ones. From now on, it will feature an independent, five-link rear suspension, which will be highly beneficial in terms of comfort and overall ride quality. Also, there are new rear brakes, while the AEB is a standard feature now, as well as a new 360-degree camera.

The cabin of the 2020 Renault Alaskan is still pretty much the same one as you can find in Navara. You won’t find too much French flavor inside this truck, which was probably the biggest disappointment with the initial model. Still, Renault tries to compensate this with a new feature for the next year, as the 2020 Renault Alaskan is coming with a new, Renault’s infotainment system. It seems important to mention that the new system supports Android Auto and Apple CarPlay.

The powertrain department remains the same for the next year. The 2020 Renault Alaskan will continue with a familiar 2.3-liter dCi engine, which comes in two output variants, with either 160 or 190 horsepower. in both cases, you have a choice between a 6-speed manual and 7-speed automatic transmission. As the engine lineup remains the same, the towing capacity ratings will also remain unchanged. The most capable 2020 Renault Alaskan will be able to tow around 7.000 pounds.

Given all the interesting changes that are about to come, we expect to see 2020 Renault Alaskan a little bit earlier than usual. It will hit the market this fall. When it comes to the price, we don’t expect bigger deviations from the current model, which features the starting price of around 28.000 Euros. Competition in the segment is extremely tough. Some of the segment leaders are models like Toyota Hilux, Mitsubishi L200, Ford Ranger, Isuzu D-Max etc. 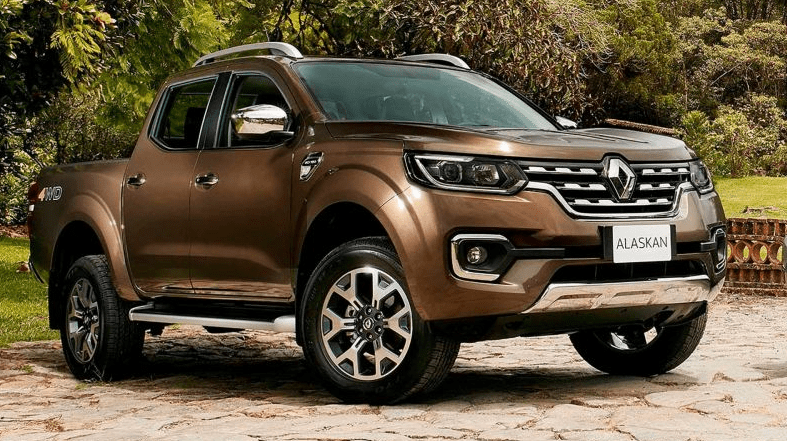 2021 Renault Alaskan May Get Facelift