The iconic off-roader came back last year, after so many years of waiting. The new version comes with a completely new design and it already brings novelties for the second production year. We are finally about to see a short-wheelbase 90 model, which was planned for the spring but which was delayed because of the Coronavirus pandemics. Still, some sources suggest that this won’t be the only big novelty for the next year. There is a chance to see the 2021 Land Rover Defender Pickup Truck, reports say.

A pickup version of the new SUV wouldn’t be a surprise at all. After all, the original model was available in such a layout for many, many years. Of course, we presume that the pickup would be based on the bigger, 110 model. It would share the wheelbase, but would probably be slightly longer. At this point, we are still waiting for the officials to say something on this matter.

When it comes to the 2021 Land Rover Defender Pickup Truck design, it’s still early to talk about details. On the other side, we can speculate about the base characteristics. Of course, the new pickup truck would share most of the parts with the new SUV. The new model comes with a significantly different design compared to the original. Compared to the previous generation, which featured a traditional body-on-frame design, the new one comes with an all-aluminum, unibody chassis.

Still, that doesn’t mean that off-road performances are weaker. Moreover, this model comes with loads of off-road upgrades, such as permanent all-wheel drive, locking differentials, two-speed transfer case and more.

Another thing that comes to mind is the suspension setup. All 110 models come with air suspension, but we could see exception in this case. The 2021 Land Rover Defender Pickup Truck may borrow coil springs from the standard 90 model.

When it comes to exterior styling, the new pickup truck would be heavily based on the new SUV. Of course, this particularly refers to the front end, which should be identical. On the other side, the rear part of the vehicle should come in a typical truck layout. At this point, it is still unclear if the 2021 Land Rover Defender Pickup Truck is about to come as a single cab model, or double cab version will be offered too.

The seating capacity will depend on the cab design. On the other side, the dashboard will be a copycat of the SUV version. That’s definitely a great thing, considering that this cabin features pretty impressive build quality, attractive aesthetics and a pretty long list of tech goodies. More details should be known in the near future.

We expect no surprises under the hood. The new version will come with the same powertrain lineup as the SUV. This means that base models will come with a 2.0-liter turbo-four, which puts out around 296 horsepower. In higher trim levels, you may count on a new turbo six-cylinder engine, which delivers nearly 400 horsepower. Both engines come in pair with 8-speed automatic transmission.

In other markets, particularly in Europe, the new truck could also come in a diesel version, which comes with a 2.0-liter turbodiesel.

Some sources suggest that the new model could arrive already in the next year. However, the company is still quiet on this matter and everything you’ve read here is based on rumors. So, take this arrival with a big reserve. When it comes to potential competitors, those would probably be higher-grade versions of mid-size pickup trucks like Honda Ridgeline, Jeep Gladiator and similar models, though we are not sure that there could be a direct rival. 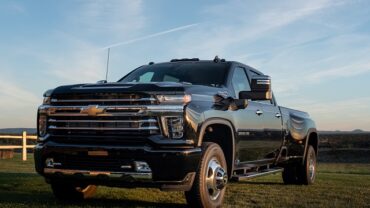