The brand-new Gladiator came a year ago and the company is already working on upgrades. The standard model is already a pretty capable off-roader, but it looks like we are about to see something new, something on a completely new level of capabilities. The performance version will come as the 2021 Jeep Gladiator Hercules and it with loads of upgrades over the standard model. The latest reports suggest a brand-new engine among other novelties. Also, we are about to see upgrades in terms of mechanics, new styling details and more.

The testing model has been spotted on the road, but it still wears a lot of camouflage, so we can’t talk about details at the moment. Still, we can rely on many reports that circulate on the internet and also make some of our own predictions. In any case, the new model is expected to come as the 2021 Jeep Gladiator Hercules, probably sometime in the next year.

When the new Gladiator came last year, the biggest disappointment was the engine. Under the hood of this truck, you can find a good old Pentastar V6, which doesn’t deliver the level of dynamics you would want from a vehicle with such off-roading potential. Also, there is a new turbo-four, which is slightly better, but still far away from desired performances.

Therefore, FCA is working on a brand-new engine, according to the latest reports. Instead of relying on some of the familiar V8 units, the 2021 Jeep Gladiator Hercules will rather come with a new, turbo inline-six engine under the hood. According to the latest reports, the new engine will be good for about 525 horsepower, which promises spectacular performances. For comparison, the most off-road capable truck on the current market, the F-150 Raptor, is rated at 450 horsepower but keep in mind that the Gladiator is notably smaller.

Of course, the engine won’t be the only upgrade on this version. The 2021 Jeep Gladiator Hercules will be something completely new, with unparalleled off-road performances. The current model is already pretty capable, especially the Rubicon version. This trim level comes with various off-road features, including things like front and rear locking differentials, a sway bar, rock rails, and a brush guard. It also comes with 33-inch tires and unique rims.

The 2021 Jeep Gladiator Hercules will go much further than that. We count on additional off-road features, as well as on numerous chassis and suspension upgrades, including even higher ground clearance. Unlike the current Gladiator models, the Hercules won’t compete with models like Tacoma. It will challenge the much bigger Raptor.

Besides improved performances, we also expect that the 2021 Jeep Gladiator Hercules will feature loads of distinctive details. It is a strange thing to see a fresh model under heavy camouflage, but that only indicates that the new version is about to come with plenty of new styling details. The truck has been covered almost entirely and we can see most of the sheet metal. Steel, we can easily see that the hood is bigger.

It may be because of a new engine, but could also be just the Jeep’s desire to accentuate the model’s performances. The doors, bed and other parts are also covered, which indicates we could see some kind of reinforcement in this case. More details should be known in the near future.

Naturally, we also count on exclusive color options, wheels designs and all kinds of accessories.

We expect to see a plethora of new interior features as well. At this point, the cabin is a complete mystery. Still, we are pretty sure that the company won’t leave us without interior changes. We count on at least new interior color schemes and new seats. Additionally, we could see a couple of distinctive interior features. Finally, the list of standard equipment should quite long.

Details about 2021 Jeep Gladiator Hercules release date and price are still unavailable. Still, we may presume that the new model will come sometime in the next year. When it comes to the price, the new version definitely won’t be cheap. Some reports even suggest that the price tag will go around 80.000 dollars.

Diesel Gladiator is on its way!

Another novelty for the next year is a diesel version of the truck. The latest reports are suggesting that the new version will feature a well-known 3.0-liter inline-six, which delivers around 240 horsepower and 440 pound-feet of torque. With such numbers, we can count on some pretty serious performances, particularly in terms of towing. We have no doubt that this model will be an absolute class leader when it comes to max towing capacity. Also, we count on pretty respectable mpg ratings. The Gladiator Diesel should hit the market in the next couple of months. 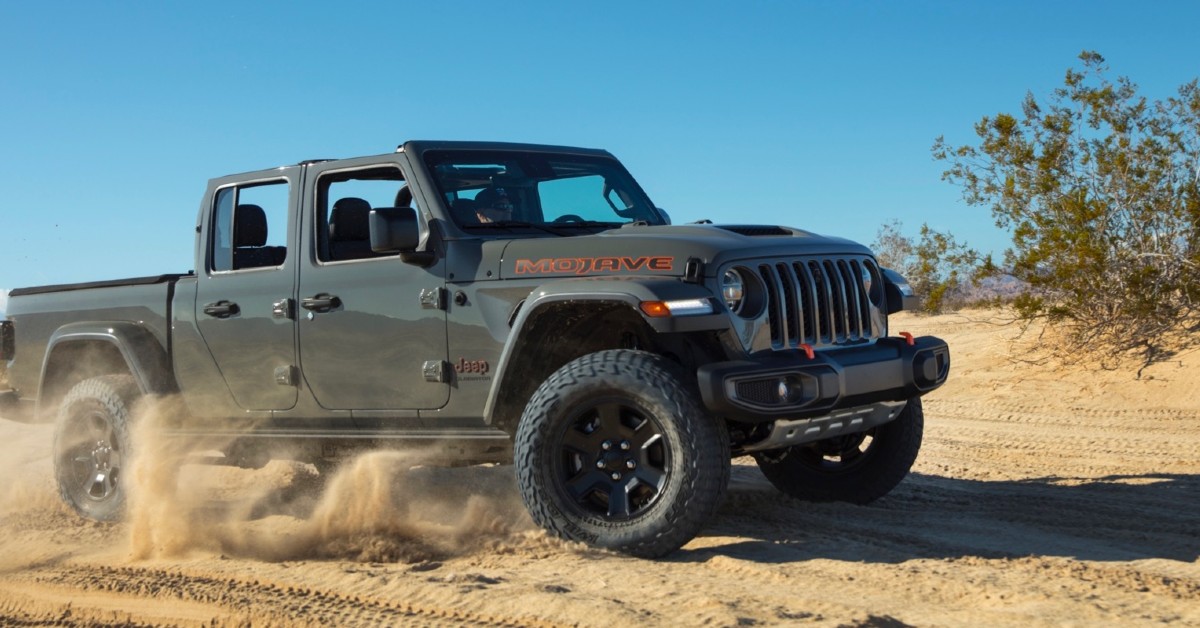 2023 Jeep Gladiator 4xe Will Be a Carryover Model